My guest is Cathy Skendrovich, author of Undercover with the Nanny.

Cathy welcome to my virtual café. I am so excited to have you here. Cathy and I met online through RWA’s PAN forum. For y’all who may not know, that’s Romance Writers’ of America’s professional author network. Cathey was instrumental in my starting Creekside Café. A few years ago, I tried hosting author interviews on the Pamlico Writers’ website. I enjoy the hominess of sitting in café or coffee shop and drinking coffee or wine, talking with good friends and new friends about books and writing. Cathy was looking for authors to swap media coverage with, and voila, Creekside Café was born.

Cathy, you’re from California, how’s the weather been there. I hope you’ve avoided those devastating fires.

Cathy: Thank you for having me. The fires were all north of me, thank goodness. We’ve driven through there since then, and it’s devastating to see. I praise all our firefighters for their hard work.

Sherri: I can appreciate the firefighters, dispatchers and rescue workers, I have family who do these jobs and they’re not easy.

Neither is being a police officer or DEA agent.

I checked out website and the cover for Undercover with the Nanny, can we say hot? Baby, it sizzles. Did you design the cover?

Cathy: I can’t take credit for that. That’s the Entangled design team. I definitely can’t complain about it!

Sherri: I read the excerpt and was thrilled to see your hero was a southern guy. Being from the south myself, I have to say, I was pleasantly surprised. Was there a reason you chose to make Sawyer Hayes from Texas?

Cathy: There were several reasons. First, when I did my research into drug trafficking, I found that El Paso was a major smuggling point. Also, the DEA has a large presence there, as well as in southern California, so I figured it would be realistic to have Sawyer be from El Paso, and then transfer him to the golden state. I liked the fish out of water scenario. Send a southern boy who’s used to the hot desert to the California beach. It made for some amusing dialogue.

Sherri: I love how you set up the story and even though Kate is weakened at the moment, you can see she is a strong woman. I really like the fact that their plans go awry right from the beginning. It’s realistic, when does life ever go as planned.

I’ve just started reading Undercover with the Nanny but you can already feel the attraction between Sawyer and Kate. Do you have plans for a sequel?

Cathy: I pitched one to my publisher, but they had different ideas for me, which I’m working on now. Eventually I’d like to tell Ian’s story from Undercover with the Nanny.

Sherri: Ian is Sawyer’s right-hand man and close friend. I’ve already gotten a glimpse of him and like what I see. I hope you get the chance to write his story.

Before we leave, is there some little secret you can tell our readers? Something no one else knows….

Cathy: I’m working on a military romantic suspense thriller, which I hope will turn into a series. I’ve never written in this genre before, so it’s a little intimidating. I love my hero, Army CID special agent Cameron (Cam) Harris, and heroine Audrey Jenkins, former Army terrorist specialist, and can hardly wait to bring them to readers.

Sherri: Sounds like something I’d like to read. How can we stay connected and know what’s coming next?

Cathy: Here are my social media sites, follow or friend me to learn what other secrets I might have.

Undercover with the Nanny

DEA agent Sawyer Hayes never planned on being so drawn to a possible suspect. How is he supposed to do his job when his growing feelings for her are clouding his judgment?

Romance is not on interior designer and nanny Kate Munroe’s radar. But her hot new neighbor could change her mind, with his broad shoulders and Southern charm. Too bad his secrets could destroy her.

Sawyer Hayes stood in the open doorway, gloriously naked, except for the towel slung low on his hips. Really low. Mouthwateringly low. She dragged her gaze away, up that corrugated abdomen, past that chiseled chest where stray water droplets dotted the wide expanse of male skin, up to those glittering emeralds that pinned her in her place.

There was no Southern charm in his expression now. Only a palpable expectancy that snapped between them like an electrical current. Without losing eye contact, he leaned one brawny shoulder against the doorjamb. She fought the urge to check out how that towel remained around him in this new position. He had such narrow hips, after all—

“I don’t imagine you’re here to borrow a cup of sugar, are you?”

Her gaze popped up to his face, where humor had replaced that avid anticipation of a moment before. What could she say? That, now that the decision was left in her hands, all she could think of was being with him? Touching him, tasting him, doing unmentionable things more in keeping with a certain Mr. Christian Grey than with what she’d ever done in her rather beige sexual past.

A questioning look crossed his face, and she realized she’d been silent too long. What should she say? Tell him she’d changed her mind? Excuse herself and run home? He wouldn’t follow her. But, she hadn’t changed her mind, that was the problem. Seeing him almost naked only underscored that realization.

Her pulse sped up as she admitted to herself: she wanted to have sex with Sawyer Hayes. She needed to know if that instant spark that came to life whenever they were together

would transfer to the bedroom. That maybe, just maybe, he would rock her world when others hadn’t. She wouldn’t question what that meant if he did.

“I do have sugar, Munroe, though you don’t strike me as the type to use that manufactured—”

“Can I come in?” Without waiting for his answer, she pushed past him, brushing against his body while half-hoping that tenacious towel would lose its battle and land on the floor. That would make her decision so much easier.

“It depends on how long you plan on staying,” he drawled, stepping aside and shutting the front door with a decisive click. She moved closer, close enough she could smell the soap he’d washed with, could hear each measured inhale and exhale that he took. She studied his face, had to tilt her head only a little because he was barefoot.

His expression was unreadable. The single lamp in the living area was across the room, so they were in shadows. He didn’t move. His hands hung at his sides, and that stubborn towel remained glued around him. Please, take me in your arms, make this your decision, not mine. You assume the blame for what has to be a bad idea.

It was as if he were in a mannequin challenge, however. No muscle twitched, not a blink of an eye. He was going to force her to make the first move, even though he was the nearly naked one. She had come here, hoping to entice him to lose control, and instead she was the impatient one.

On a frustrated growl, she closed the distance between them, craned her neck, and kissed him on the corner of the mouth. She pulled back a fraction. He looked down into her face, and she held her breath at what she saw.

Cathy Skendrovich has always loved a good story, and spent her formative years scribbling what is now called Fan Fiction. The current heartthrob of the time featured heavily in all her stories. Unfortunately, once she went to college, her writing took the form of term papers, written on typewriters instead of computer keyboards.

Upon graduation, Cathy took a job as an English teacher in a middle school. Along the way, she married her husband of now thirty-three years, had two sons, and moved to southern Orange County, California. She chose to work part-time in the school system there.

Now she has returned to writing. Prisoner of Love is her first published novel, followed closely by The Pirate’s Bride. The sequel to The Pirate’s Bride, The Pirate Bride’s Holiday Masquerade, came out Oct. 1, 2017. Undercover with the Nanny, came out on April 23, 2018.

She likes writing romance because she feels it’s lacking in today’s technological world. While she enjoys writing contemporary stories, creating romance in bygone times fascinates her. She hopes her ability to write in both genres will be the beginning of a long and satisfying writing career. 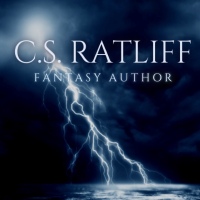