This is my dream job if I ever win the lottery, I will build a little café on the water where I can talk to authors about books and writing. Today I’d like to welcome Alexa Sommers to my virtual cafe.

Alexa: Thanks for having me, Sherri. To keep in the spirit of the virtual setting, I’m answering these question from my lakeside deck and I’ve poured myself a café latte which may or may not contain an adequate amount of Bailey’s (may… definitely may).

Sherri: Ha, I like your style, I think an iced coffee with a little cinnamon Orchata sounds like just the thing.

I read the first in your Level Up series, Headshot. I really enjoyed the story. It was playful and well-written. Is the whole series written in this same style? Is this your preferred style of writing?

Alexa: For the most part the series remains light and playful although it does veer to a slightly more serious note in the final book as we start to deal with the emotional reveals. One section of that book is quite dark and was very difficult to write. I do like to keep a whimsical note to my stories however delving into a more serious tone was a fantastic way to stretch as a writer. My current work in progress is much darker than the Level Up series so we will see how well I can pull it off.

Sherri: On your website you say your philosophy for sex is that it shouldn’t be rushed. I happen to agree. I find sensual sexier than wham-bam-thank-you-ma’am. What are some of your other philosophies for sex, life, writing? Whatever you’d like to share.

Alexa: There are a number I suppose. I am a strong believer that erotica must be naturally derived from the story and characters, it can’t be forced and the setup and development need to be there. I also believe it has to have a greater payoff than a fun climax. It has to feed either the story or character growth. As an overarching philosophy on writing I would say that my stories are character driven, the plot is always there but the exploration of the characters inner struggles and growth is what pushes my tales.

For a philosophy on life, I suppose I would just say… live for you… embrace whatever it is you love, don’t let anyone tell you that you can’t love that thing, and give yourself to it. Embrace it with all you have.

Sherri: How has publishing impacted your life? Has it changed anything? For the better or worse? For myself, publishing was both a dream come true and a bit of a nightmare. No longer do I just write for pleasure, it’s now a business. That being said, I love writing and I’m thrilled when someone enjoys my books. How about you?

Alexa: It has made my life much busier. The amount of effort that needs to go into marketing and building a brand is mind boggling. It’s a full time job on top of my actual full time job and it makes it difficult to balance that aspect of the business and the actual writing. Luckily, I love to market and I have fun coming up with quirky ads and fun promos for social media. It’s stretched the timeline on my new series a bit but I think I have finally found a balance where I can find the time to both write and market without losing what little free time remains.

Sherri: I loved your quirky, off-beat characters in Level Up. They are each unique and have distinct personalities. Do you have a favorite character and why are they your favorite?

Alexa: I know someone out there in Twitter is expecting me to say Julia, a bit role character from book four, but that would just be pandering. In truth my favorite character is Suzie. As much as the story is about Dillon’s sexual awakening, Suzie’s the reason behind the series. She is the character with the most tragedy and the deepest backstory. In fact, in early drafts she was the POV character but I quickly realized that seeing the story from her point of view was limiting in some regards and too freeing in others. It didn’t allow me to hold back her story and hint it out piecemeal the way I wanted.

Dani is a close second, and I really hope to explore her further in future works. She is a lost soul, confident on the outside with a very real vulnerability just below the surface. There is an emotional scene between her and Dillon at the end of book four which tore at my heart while I was writing it. I’d like to see her get a bit of a happy ending down the road.

Sherri: Was there one character that was more difficult to write or get into? How did you deal with it? Do you have in tips for writers who are trying to write difficult characters?

Alexa: I really struggled with writing a male POV character and having that character become the definition of a male slut while still keeping him likable was something that was a constant battle. There is a fine line you can walk when your main character’s action can easily be seen as unfaithful or unfair. Keeping him real, vulnerable and sincere was one of the hardest things to do but I have been told I pulled it off well. My readers connected with him and, to me, that is a victory.

Sherri: This series seemed like it would be fun to write. Did you have any difficulties coming up with new ideas? Did you have a plan for the series from the first book or do figure it out as you go? Are you a plotter or pantser?

Alexa: I am 100% pantser, I had a very loose outline in mind when I began the series, but the characters took the story where they wanted to go. At times it made it difficult to reign them back in to the line I needed to follow but they always found a way back. I had the final scene of the series, and the final line, planned from about midway through the first draft of the first book. That fuelled a lot of the story and really helped bring Suzie’s backstory into focus and give the series a destination. Getting there was the hard part. I didn’t ever hit a solid roadblock in this series, the story just seemed to flow and the voices in my head would only shut up long enough for me to write it.

Sherri: In Head Shot the characters come together to start playing a roleplaying game. Is this a part of the whole series? Have you ever participated in a roleplaying game? I attended Comic Con with my grands and daughter-in-law, I dressed up as a Valkyrie. Do you have a favorite fantasy character or superhero?

Alexa: Roleplay and tabletop gaming form a huge part of the setting for the series. While they don’t play a major plot role, they are the catalyst for character introductions and interaction and the games work as a plot device to help push the series and the romances forward.

I am an active gamer, both roleplay and tabletop, and I like to think that comes through in the story. I set out to incorporate those aspects in a realistic way without relegating the “roleplay geeks” to fodder but rather allowing them to be the heroes of their own story.

I have a lot of characters that I love, some from my own games, others from fantasy and comics. One I really do love in all iterations is Harley Quinn. Her story, from its inception in the comics through the DCEU movies is one of tragedy and redemption in a continuous cycle. She is so thoroughly developed and yet deeply layered and flawed. Plus… pigtails. Anyone that has read the series or followed me on Twitter knows I love pigtails.

Sherri: Since becoming a published author, what are some of the things you’ve learned the hard way?

Alexa: Not to let one or two negative reviews crush you. That was a difficult thing to learn. Headshot has 89 reviews as of this interview and only 4 or 5 of those were critical, yet those are the ones that stuck with me. It took some soul searching and self reflection to understand that my work will not appeal to everyone. Those that it does appeal to absolutely adore it, but others just won’t connect with it. Recognizing that the missing connection is not necessarily a fault in the story but rather a reflection that we simply cannot connect with all audiences was something that took some time.

Sherri: What would you do differently if you were starting your career today?

Alexa: I would have a backlog of finished stories ready to edit and finalize before publishing anything. It would really have helped to keep the release timeline tight while allowing me the time I needed to really market and build my brand.

Sherri: So, what can your fans look forward to seeing from you in the future? Is there anything you want to try that you haven’t already?

Sherri: If you enjoyed this interview with Alexa Sommers check out the links below, follow her on social media and check out her books.

Thank you for stopping by Creekside Café and if you’re ever on the North Carolina coast, give me a holler. Until next time, y’all come back. 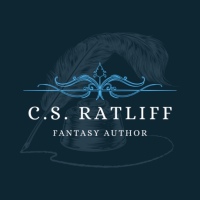