The Audiobook: The Golden Hour by MK Graff and narrated by Nano Nagle

Why did I listen to the audiobook after reading The Golden Hour? I’ve said quite often that I’m addicted to audiobooks. For me listening to the book is a different experience than reading the book. It is like watching a movie but with an unabridged version, it isn’t as frustrating as seeing what they do to your favorite books in film.

As the narrator breathes life into the story, acting out scenes and putting emotion into the dialogue and thoughts of the character, I am surrounded by the story in a way that is somehow different from when I am reading the story. As I read the story I put my own inflections into the dialogue, interpret the prose and thoughts colored by my own experiences. When I listen to the story, I become a participant, acting and reacting to how the narrator interprets the emotions and events. Nano Nagle has narrated all of the Nora Tierney stories. She has become as much a part of Nora as the writer, MK Graff.

I love the Nora Tierney series. Nora is fallible yet likeable. She is real. The Scarlet Wench gave us the love story of Nora and Declan. The Golden Hour shows us the love story of a family. While these are sold as cozy mysteries, the Nora Tierney stories have become so much more. Each story has given us a glimpse of England from an American’s perspective. They have showed friendship and family, and even shown us that family isn’t always those who are related to us by blood.

In The Golden Hour Nora becomes a victim and for the first time, she has to sit and wait, something she is not good at doing. As this story unfolds, listening to the audio, I discovered or remembered things that didn’t appear important to me as I read the same words. Again, Nano’s inflection gave importance to things I’d previously overlooked.

If you are a mystery buff or you hope to become a writer, I suggest listening to audiobooks as well as reading the books. It opens your senses to more of the story and helps you see more of the pattern and design of the books. With The Golden Heart I believe I have a better understanding of the first book, The Blue Virgin.

For a little darker, more thrilling Nora Tierney story, read or listen to The Golden Heart. But don’t think Nora will sit on the sidelines, behaving for long. In true Nora fashion, she has to be involved in the solving of the mystery.

I highly recommend this series, each one is better than the last although, it’s a tie between The Scarlet Wench  and The Golden Hour which one like best. 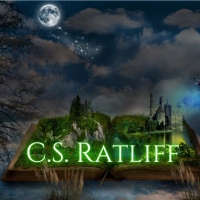