Katharine Ashe writes the books that keep me up until two in the morning trying to convince myself that just one more chapter and then I’ll go to bed. She crafts characters that make me laugh and cry and fall in love. The Prince Catchers Series is awesome, three orphaned sisters and their stories beginning with the middle sister. Arabella Caufield who feels it is her responsibility to find out who their parents were. “I Married the Duke” pits the flame haired governess against the handsome captain she fears may be a pirate. She is so close to fulfilling her destiny, to meet and marry a prince. But falling into the arms of a pirate captain thwarts her plans as her heart tangles with his and their futures and pasts collide. The truly heroic characters Ms. Ashe pens are the friends we’d all like to have, those with a willingness to sacrifice everything for each other. Arabella fits into this league of honor with her willingness to face her greatest fears for love.

In “I Adored a Lord” Ravenna is thrown in front of a prince to see if he might be the one the gypsy lady told them about who would lead them to truth about their parents. Thought to be part gypsy herself, Ravenna is a healer and good with animals. She never expected to fall for a great beast, at least not a two legged one. But when she is thrown into a murder mystery with the prince’s man Vitor, she uncovers many other mysteries, among them the feelings aroused simply holding hands with a man. Never have I read anything more erotic than the sensual description Ms. Ashe wrote of a young girl’s first experience of what it is to hold a man’s hand. Ravenna doesn’t do things like most women, she is more comfortable in with animals than people. As the sister-in-law to a Duke she is getting ready to lose her position and is at a loss to what her future holds. Her feelings towards Vitor frighten and confuse her but like all truly heroic, it is not the absence of fear but the ability to continue amid the fear. A man divided by two families and two countries, a woman who doesn’t know her family or her country except the ones she has chosen for herself, together can they make a home of their own?
Happy endings, when it seems like it is almost impossible, Katharine Ashe brings us what the heart desires. For books that will make you fall in love all over again, read The Prince Catchers Series and don’t forget the novella “Kisses, She Wrote” the Christmas novella. 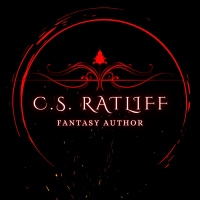