We often take for granted that which is close to home. With the high price of gas going up and our economy straining a vacation may be out of the question. Why not take a trip on the Pamlico Ferry to North Carolina’s First Town, Bath.

From June 13th to July 26th the Queen Anne’s Revenge Traveling Exhibit will be at the Historic Bath Site Visitor Center and the Bath Public Library. The exhibit consists of artifacts recovered from the famed pirate Blackbeard’s legendary ship—Queen Anne’s Revenge and other compiled pirate memorabilia.
Pirate Past Times Day Camp at Historic Bath Site Visitor Center 207 Carteret Street. Every Thursday June 19th through July 24th 10am to 2pm children ages 4-15 are able to learn about, and experience, the life of a pirate through activities, games and demonstrations. Pre-registration required, $10 per child. Call 252-923-3971.

Pirates in Port Saturday, July 12th 10am – 4pm. Come join the Devilmen of Cape Fear at the Historic Bath Site Visitor Center as they re-enact, demonstrate and camp in the style of the 18th century pirate! Author Kevin Duffus, and Dr. Charles Ewen from East Carolina University will give lectures.
Kevin P. Duffus is the author of The Last Days of Blackbeard the Pirate, a detailed account of the last six months of the famed pirate’s life on the shores of North Carolina. This historical account identifies and explains the fate of Blackbeard’s most trusted crew members, it is a controversial contradiction of traditional accounts of Blackbeard’s origins, migration, pirating and death.
Duffus is an award winning film-maker, researcher, author and journalist of historical events. The Lost Light—A Civil War Mystery, Shipwrecks of the Outer Banks and War Zone are all books Duffus wrote on the North Carolina coast’s rich history.
Professor of Anthropology at East Carolina University, Dr. Charles Ewen, Ph.D. specializes in historical archeology with a focus on the colonial Southeast United States, the Caribbean and coastal North Carolina studies. Dr. Ewen is the co-editor of “X Marks the Spot: The Archeology of Piracy” discussing the recovery of artifacts from Queen Anne‘s Revenge.

Daily walking tours (unguided) or guided tours of Bonner House and Palmer-Marsh are available Tuesday through Saturday for a nominal fee. A free museum at Van Der Veer house on South Harding Street boasts a colonial garden complete with Heirloom plants. Visit St. Thomas Episcopal Church on Craven Street founded in 1734 is the oldest existing church building in the state’s oldest incorporated town. Sunday services are still held at St. Thomas Parish for more information you can go to StThomasParishNC.org.

Whether you are interested in North Carolina history, Pirates, Indians or Colonists, you will find something of interest at Historic Bath Site. Check them out on-line or on your phone #historicbathsite, http://www.bath.nchistoricsites.org. 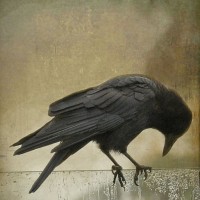